Mike Trout, Bryce Harper, and Manny Machado all dominated in their rookie seasons last year, setting the bar high for the Rookie Class of 2013. Though none of this year’s rookies have been able to replicate the extreme success that any of those three experienced last season, there have been notable performances this season from the group that are certainly worth mentioning. Here are a few of the standout rookies from this season:

Puig-mania started off with a bang in 2013, as he batted .474 with five homeruns and 11 R.B.I.’s in his first fifteen games and capped off his first big league game with a cannon to first to double up the runner and end the game. He revitalized a Dodgers squad that as recently as three weeks ago was in last place in the NL West and has now made them a first place team.

Although the 23-year old shortstop has posted a .323 batting average thus far (albeit with a .374 BABIP), Iglesias’s value lies primarily in his glove. He has provided a tremendous boost to the Tigers’ defense up-the-middle since he was acquired on July 30 and his impressive range has saved numerous baseballs that would have eluded the grasp of the now-suspended Johnny Peralta. Think Ozzie Smith or Omar Vizquel with a little less pop. 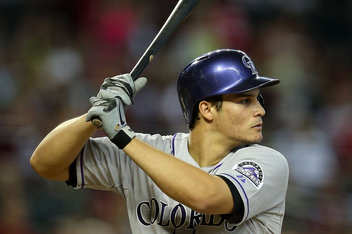 Though Mr. Arenado currently “only” holds a .264 batting average and nine homeruns, he has driven in 42 Rockies this season and has helped to solidify a struggling third-base position for the team; it being one that previously was “anchored” by Chris Nelson and Reid Brignac. Once all of his tools start clicking, Rockies fans can look forward to a fearsome 3-4-5 consisting of Troy Tulowitzki, Arenado, and Wilin Rosario. In fact, I felt that upon his call-up to the bigs, Arenado would resemble the 22-year old rookie slugger of 2008 that drove his team to a World Series berth, some guy by the name of Evan Longoria. Well, the saying that history repeats itself is proving to hold true, as I’d like to introduce you to Evan Longoria 2.0. 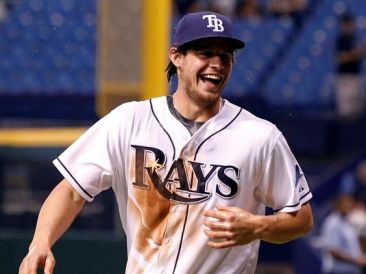 I’m going to post this here now, on the record (not that anything I post here is off the record, but just saying :)). Wil Myers will finish what Evan Longoria started in 2008.

Wil Myers will lead the Tampa Bay Rays to a World Series title.

Today’s Pitching Matchup is Between José Fernandez and Shelby Miller 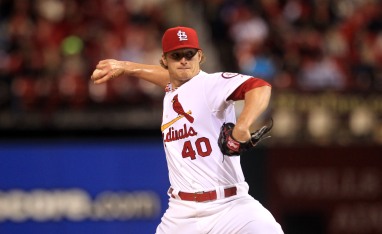 Allow me to give you some comparables to this matchup of NL ROY hopefuls.

Joel Zumaya vs. Mark Prior

What you guys didn’t like that last one? 😉 Both of these guys are studs, plain and simple, and should go on to have dominant careers similar to those experienced by the aforementioned players. Just threw that last comparable in there as a “worst-case scenario” and to serve as a testament to how vulnerable the arms of MLB pitchers can be. No worries though Marlins and Cards fans, everything is going to be alright. Just ask Dylan Bundy.

1. Jedd Gyorko (SD-2B) – I was tempted to slot Gyorko into the three-hole of the lineup, as he puts up a compelling case with his 14 homeruns and 37 RBI’s. Gyorko is San Diego’s second baseman of the present and future, and you can look forward to more than a few All-Star Game berths from him when he hits his prime.

3. Chris Archer (TB-SP) – Acquired by the Rays way back when in the Matt Garza deal, Archer has put up a significant competition to Wil Myers in the AL ROY. With his 6-5 record and 2.95 E.R.A., Archer is dominating the AL and should be a key cog in the Rays postseason push.

4. Julio Teheran (ATL-SP) – Coming into this season, Braves fans weren’t quite sure what to expect from Teheran. The former #1 rated prospect in their system had failed to live up to the enormous hype placed upon him during his short stint in the majors, posting a 1-1 record and a 5.03 E.R.A. However, the team hopes that the real Julio Teheran has finally arrived to stay, as he has racked up a 10-6 record with a 2.96 E.R.A. thus far this season.

5. Hyun-Jin Ryu (LAD-SP) – Clayton Kershaw, Zack Grienke, Josh Beckett, and Ricky Nolasco. All four of those pitchers have had great seasons in years past (Kershaw’s has been legendary), but none have been as pivotal to the team’s success on the mound save Kershaw, as Ryu. With his 12-4 record and 2.95 E.R.A., Ryu has been a model of remarkable consistency and has kept the Dodgers afloat when various pitchers, including Grienke, Beckett, Chris Capuano, and Stephen Fife, went down with injuries.

7. Gerrit Cole (PIT-SP) – The 2011 #1 Overall Draft Pick broke onto the scene for the Buccos this year, posting a 6-6 record with a 3.86 E.R.A. His development has been instrumental to the Pirates success this season, as he has helped to solidify the back end of a Pirates rotation that has been living off of low BABIP’s and high strand rates.

8. Evan Gattis (ATL-C) – From high school janitor to major leaguer, Gattis has certainly paved a unique path to his big league career. With his 15 homeruns and 47 R.B.I.’s “El Oso Blanco” has been a major part of the Braves’ first-place standing in the NL East.

9. Zack Wheeler (NYM-SP) – Mets fans are currently salivating at the tremendous potential of Matt Harvey and Zack Wheeler. While Wheeler hasn’t exactly posted the numbers of his 1-2 counterpart thus far, he does hold a 6-2 record with a 3.49 E.R.A., definitely not one to be ashamed of. Once Wheeler learns to control his 98 mph fastball, you can expect to see him right up there with Verlander and Harvey as one of the best in baseball.

10. Jim Henderson (MIL-CL) – Heading into this season, the Brewers had pegged “Ax-Man” John Axford as their closer after he saved 35 games for the club in 2012. However, there was a rapid role reversal after Axford began to falter in April, and Henderson took the closer job and hasn’t looked back since, converting 21 of his 24 save opportunities along with a 1.86 E.R.A.

Though many of these rookies look promising now, who knows what the future will hold for them. For every José Fernandez there is another Daniel Bard. For every Nolan Arenado there is another Ian Stewart. Baseball is a game of failure, and while there have been numerous success stories embedded within the history of our national pastime (see Evan Gattis, Ryan Vogelsong), the percentages are not in the players’ favor. However, let’s enjoy these rookies while they last now, and let’s hope Yasiel Puig keeps overthrowing that cutoff man.